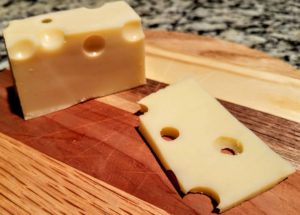 What do you expect from the people around you? Does it even matter? Turns out it does – a lot! More than that, it matters what other people expect from you.

Have you ever had a friend who supported you and expected you to perform at your peak? It could have been a parent, friend, teacher, boss…whatever the relationship, chances are you did perform better around them.

You are funnier around people who think you are funny.

The reverse is also true, and that’s what can wreck rapport even before it is established. Negative expectations of someone can cause imperceptible changes to your non-verbal communication that may only be perceived on a sub-conscious level. Even so, those changes often translate into feelings of unease that inhibit comfortable connection.

According to an early study by research psychologist Bob Rosenthal, expectations we have of other people (and animals!) manifest as subtle but powerful changes in our behavior toward them.

In his experiment, regular lab rats were randomly assigned labels as either “smart” or “dumb”. He then invited researchers into the lab to test their assigned rat through a series of mazes.

The results were striking. The rats labeled “smart” did almost twice as well on the tests as the “dumb” rats – even though they were actually the same.

It turned out that the researchers who had been assigned “smart” rats took greater care with them. They held them longer and with more attention than the researchers assigned “dumb” rats. Their approach and demeanor had a profoundly positive effect on the performance of the rat.

Doesn’t it make you wonder what kind of care and attention it would take to develop a genius rat?

NPR recently did a great story on this experiment.

Want to harness this phenomenon?

First, check yourself before entering into conversation. How do you feel? Competent? Confident? Prepared? When you recognize and acknowledge your emotional state before engaging others, you have a baseline.

Next, pay attention to your feelings and gut feelings during your interactions. Those feelings are often how you process those subtle, non-verbal cues coming from other people. How do you feel around the other person/people? Do the things they are saying match the way you are feeling?

What about YOUR expectations of others?

Some of those rush judgements are deeply ingrained (implicit) and difficult to change without effort. Harvard has an anonymous, ongoing study called Project Implicit where you can thoroughly test your own implicit biases. It is an incredible tool for identifying your biases so that you can work on eliminating them.

But there’s another way…

You can go into every conversation or interaction with a clear head and the heart of a researcher. You can approach people with no expectations, no judgement, and an open mind to learn about them. This takes practice and patience to develop (and maintain) but it is well worth it.

Do you think expectations are keeping you from having more meaningful relationships?

Let’s chat! You will discover some tools and strategies that you can begin to use right away to free yourself from negative expectations other people may have of you. You will learn ways to approach people in a more accepting way – a way that puts them at ease and helps you to develop a better, deeper rapport with them.